skip to main | skip to sidebar


I was looking at the Fibonacci spiral, and noticed that it can sort of be found in land masses. 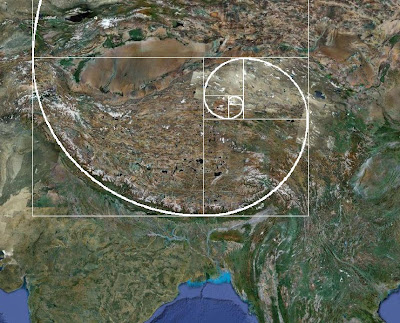 The Tibetan plateau if very Fibonacci-like. This was the first one I noticed. 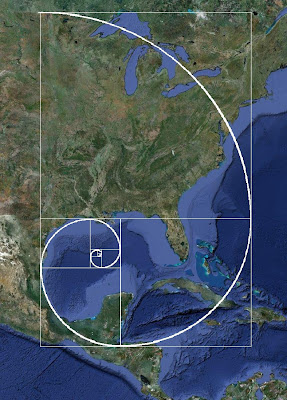 The coast along the Gulf of Mexico uses the spiral, from New Orleans to the end of Mexico, and then up through the middle of the Great Lakes.

This may look like I'm just looking for coincidences by applying the fibonacci spiral to various maps, rather than finding actual information. That kind of is what I did. This was a project for school, and I didn't want to be like everybody else and write about bees and rabbits multiplying. So naturally, I looked at maps and found them everywhere. 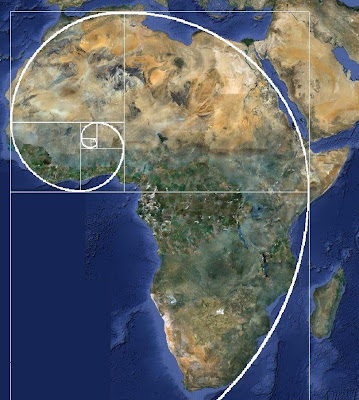 Here you can see that the entire continent of Africa is one giant Fibonacci spiral.

But then I noticed something even more interesting. It's easy to find spirals in land masses, but will it work with population distribution?

I took population density maps off the internet without permission, overlaid a Fibonacci spiral over them, in most cases starting at the capital, and I found that human settlements also follow a pattern. 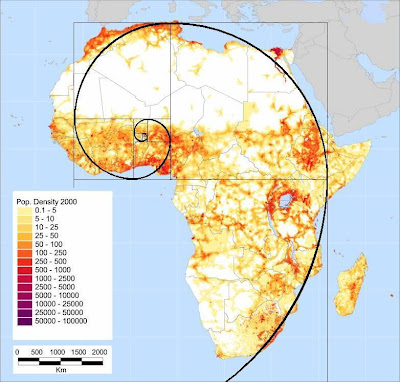 I tried Africa again, and found that the majority of highly populated spots fall on or close to where the spiral predicts. Africa doesn't have a capital, because it is not a country. So I started in Nigeria, the most populous African country. It's almost the same spiral used to show the shape of the land mass. This actually makes practical sense, because people love living near the coast, so it's not as impressive as one would think. 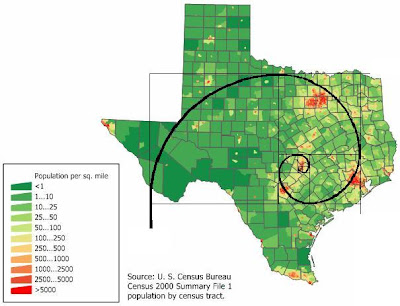 Texas is the best example, the others start to look more randomly placed.
Beginning from Austin, the capital, the spiral goes through all the major cities; San Antonio, Houston, it gets close to Ft Worth and Dallas. It passes between Lubbock and Midland; they are not very large places, but they are cities in an area where there's almost nothing else. I was in west Texas, there's really nothing there at all.

Seriously, driving through west Texas is as boring as west Nebraska. In Nebraska, just look out the window once, now you know what the entire state looks like. 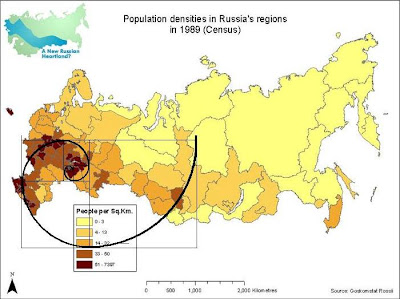 This is an old Russian map, the darker parts are the most populated. This spirals out from a place called Samara, it didn't work with Moscow. 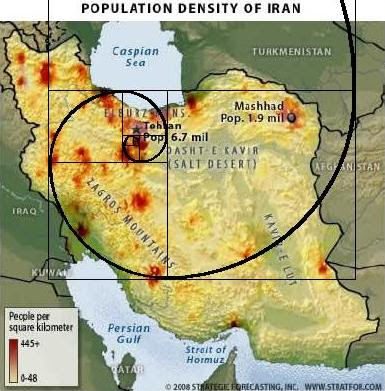 In Iran, many major cities are right on the line. Some are not, but people need cities all over the place. We can't expect this to be perfect, I'm only looking for patterns here. 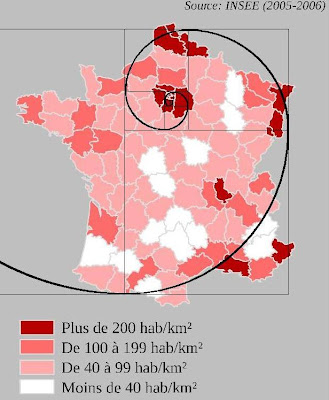 A map of France shows that heavily populated areas follow a mostly spiral shape, with the three densest spots outside of france all along the edges. 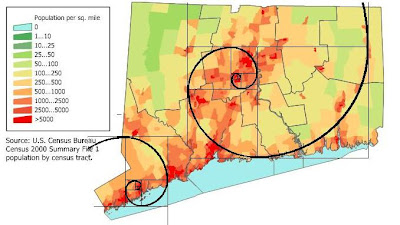 Connecticut gets two spirals, because with a land mass this large, it is culturally almost like two different states. The large spiral begins in New Britain. It goes through all the major cities, and along the small cities in the rural and strange eastern part of the state along the population centers there.

Fairfield county, which is considered part of the New York Suburbs, has a separate spiral, which passes through the county's four major cities.